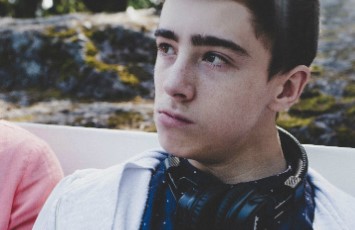 As cannabis continues to be legalized across the U.S. and becomes more and more accessible for people and patients alike, it is important to understand how this drug can impact mental health. Research has shown a strong connection between regular cannabis use and mental health problems.

Some of the mental diseases associated with cannabis use:

While it may not necessarily be proven that cannabis use directly causes a person to develop a psychosis disease like schizophrenia, evidence does suggest that the drug triggers mental disease in those that are already at risk. That means they may experience psychosis earlier or show stronger symptoms than they would have without ever using cannabis. Especially when cannabis is used heavily, it can double the risk of schizophrenia in those who are already vulnerable according to studies. In fact, heavy use of cannabis at a young age is associated with a six-fold increase in risk for developing schizophrenia.

Does Cannabis Use Lead to Depression or Anxiety?

While there is a much clearer link between cannabis use and aggravated schizophrenia, the connection to common mental health disorders like depression and anxiety isn’t as clear. In some cases, cannabis may be used by some to attempt to relieve the symptoms of these conditions. While it may temporarily help with surface level symptoms, studies indicate that regularly smoking cannabis can actually make depression worse for those struggling with it. People that use cannabis have reportedly had increased levels of depression compared to those who did not use it. Heavy use can lead to depression later in life as well.

Some of the symptoms associated with regular cannabis use are connected to anxiety, such as panic. However, there isn’t necessarily any evidence pointing to cannabis as an aggravating factor or cause of anxiety disorders like panic disorder or obsessive compulsive disorder.

Who Is Most at Risk?

Anyone who may have a family history of mental health disorders should avoid smoking cannabis, as this can certainly play a factor in earlier or aggravated symptoms. Further, those who start regularly and heavily using cannabis as young adolescents are at far greater risk for experiencing mental health problems and disorders. Even when disorders do not develop, memory problems and concentration issues may develop.

Those who already have a psychotic illness and use cannabis may experience:

If you have used cannabis regularly and begin to feel symptoms of anxiety, depression, schizophrenia, or any other mental health disorder, it is important that you get professional help right away. Therapeutic Solutions offers unique, proven programs that help patients restore balance to their lives.